Talking to presenters Nick and Nathaniel, the 41-year-old revealed the true story behind Tony Bellew’s casting in the film Creed.

When asked about the authenticity of Rocky’s storyline, Eddie admitted that most of the films in the genre realistically display the industry, he said: “There are great characters everywhere, everywhere in boxing! But some stories are always untold. But, you know, for me Rocky IV I think is my favourite. But you know when you watch Creed?  Did you see Tony Bellew in there? Who is really the bad guy.”

Then he explained his personal relationship with the famous boxer: “Tony Bellew is my friend and fighter. He finished the fight once and he said, ‘There something I’ve got to tell you’ and I said, ‘What?’ He said, ‘I’m going to be in the new Rocky film’ I was like, ‘Get out of here!’ And he went, ‘ No seriously, they’ve watched one of my interviews and they’ve got in touch with me, I’ll show you the contract’ and I said, ‘What is it? Like a stunt double?’ And he said, ‘No it’s like the main baddy!’ And they actually filmed the final scene at Everton Football Club … and six months after that fight he fought for the world title at Everton and won. And I called the show The Real Life Rocky Story.”

How did legendary boxing promoter @eddiehearn react when @tonybellew was cast in Creed? Find out this as well as his review of Tony’s performance in the film on #FanClub 🥊🎥 Listen to his full chat with @TheNickHelm and @NatMetcalfeComedy using the link in our bio

You can listen back to the full show of Nick Helm and Nathaniel Metcalfe’s Fan Club here. 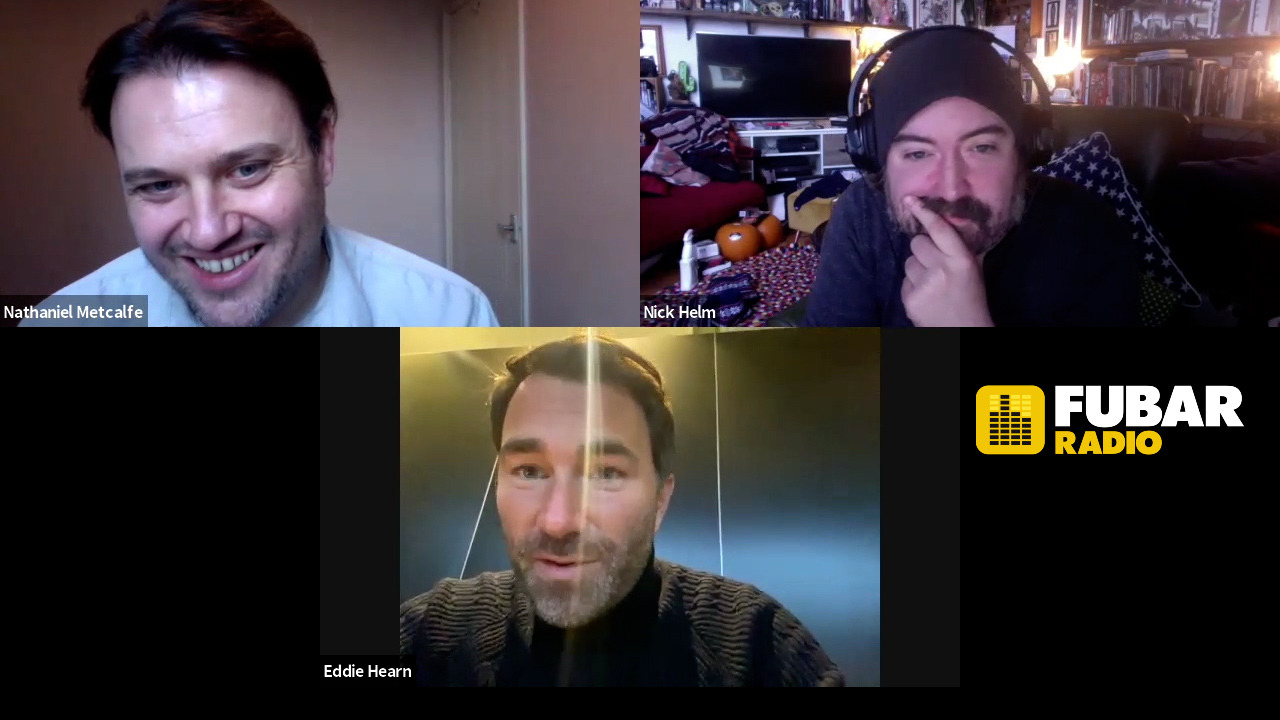