What happens to a TV series when it kills off its main character and ends? It simply reboots itself and pretends like nothing ever happened.

Well, at least Prison Break does.

From the most anticipated to the most absurd, here’s FUBAR’s list of ultimate character resurrections…

Perhaps one of the most talked about & anticipated resurrections in TV history.

Game of Thrones kept everyone guessing for a whole year on whether the widely-loved character Jon Snow had actually been killed off or not.

Kit Harrington should be commended for keeping his revival on the downlow despite the interrogations from every talk show host ever.

Seth MacFarlane caused an uproar amongst Family Guy fans when he decided to kill off the beloved character Brian Griffin in the episode ‘Life of Brian’.

MacFarlane had pissed off so many loyal fans that after the episode aired, one of the biggest change.org petitions concerning entertainment was launched, aimed at the creator and signed by over 120,000 people.

Luckily before the die-hard fans turned up at MacFarlane’s house with torches and pitchforks, the Griffin family pet was resurrected two episodes later.

3. Charlie Harper – Two and a Half Men

After Charlie Sheen’s one of many meltdowns and calling out show creator Chuck Lorre, he was swiftly booted of the show and replaced by Ashton Kutcher.

In the show’s last ever episode show creators decided to announce that the character hadn’t actually died but had been taken hostage in a basement for years.

This resurrection transitioned from the big screen to the small one without any explanation.

One minute Phil Coulson had been impaled by Thor’s unruly brother Loki, the next he seemed to reappear in Agents of S.H.I.E.L.D putting his own team together without even mentioning that he was meant to be dead and buried.

Apparently, we didn’t deserve to know what had happened until they later thought of some ridiculous explanation. 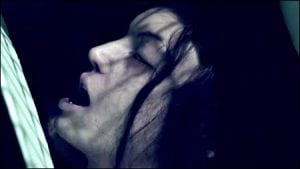 Prison Break is clearly a repeat offender of this heinous crime.

The character Sara Tancredi was surely dead when her decapitated head was found in a box.

Again, TV writers defied the rules of life and death and decided she had faked her death in order to protect herself.