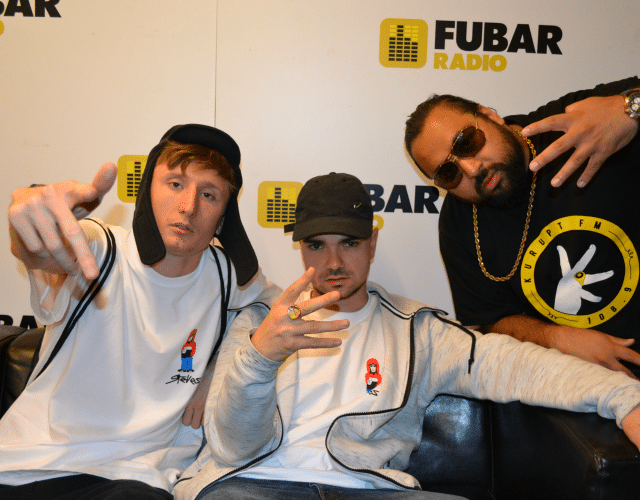 FUBAR Radio’s ‘Tom Latchem’ show saw a takeover of epic proportions today. The stars of BBC Three comedy series “People Just Do Nothing”, the ‘Kurupt FM’ crew, laid down some huge bars over the top of beat boxing sensation Grace Savage. The Brentford based station has seen a huge spike in popularity following the TV series and according to their press releases, their audience figures reached the dizzy heights of double figures over the past year, a true milestone indeed. As well as performing, the trio, minus DJ Beats, spoke about their love for garage music and how they believe they are currently one of the greatest station’s on the airways, apart from FUBAR of course. 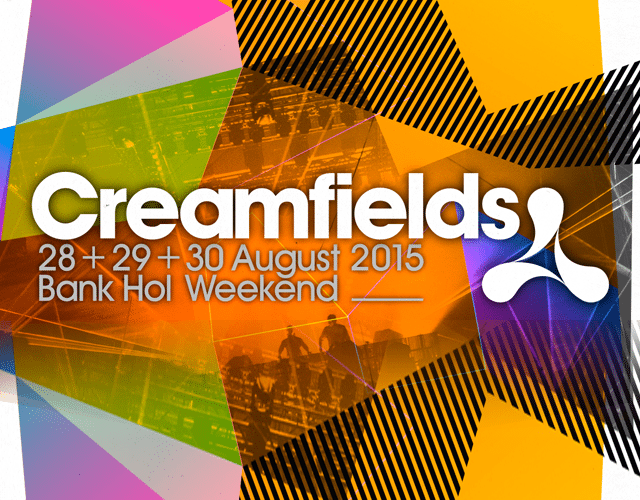 Exposed Lottery Winner – “I am a multi-millionaire” 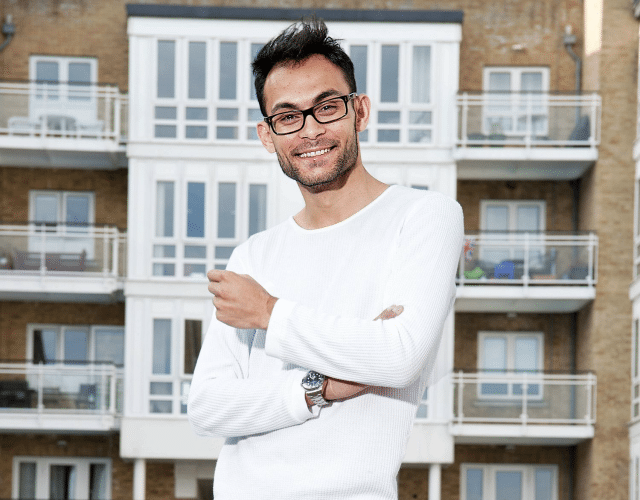 Speaking exclusively on FUBAR Radio to Mark Dolan and Lizzie Cundy, TV reality star Vladimir Wilson denied claims that his National Lottery win was fake. Despite being exposed as a fake by the press, Vladimir said “ I am a multi-millionaire, I deny the allegations (of being a fake)..I travel by tube because it’s actually quicker than being in a Bentley. postpapers and articles had quoted £5.6 million, it was actually £5.1 million. The wealth is there, it’s certainly managed, I think the lifestyle I was leading was a little bit above and beyond someone who has those winnings to lose.  I’m still working over in the city in financial sales. I’ve recently moved back over from Gibraltar back to the UK, so as I said not all the facts are correct.” 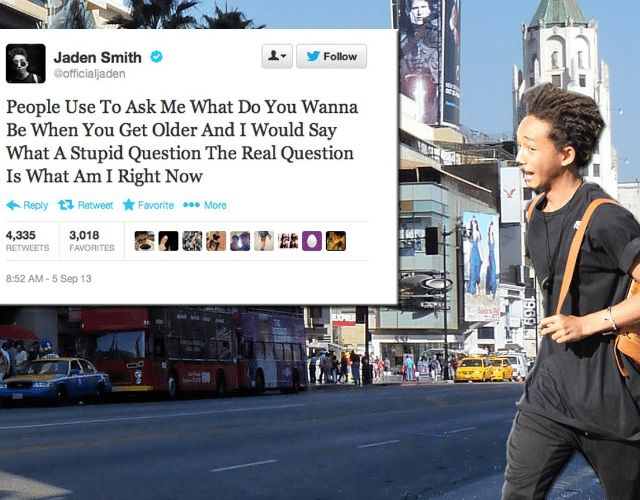 Speaking exclusively on FUBAR Radio’s ‘Sarah, Huw and Doc too’ show, Doc Brown aired his disdain for Jaden Smith and in particular, some of the cryptic tweets he had been sending out. “That guy is a fucking idiot. Follow him on Twitter for a week and just knock yourself out with the absolute idiocy that he engages in. He’s a kid whose lived a very, very sheltered life. I don’t think he understands he isn’t a deity. His sense of self importance is through the roof. There’s nothing wrong with giving your kids self-     importance, because human beings are important. You should have self-worth but self-importance it has to be curbed.” 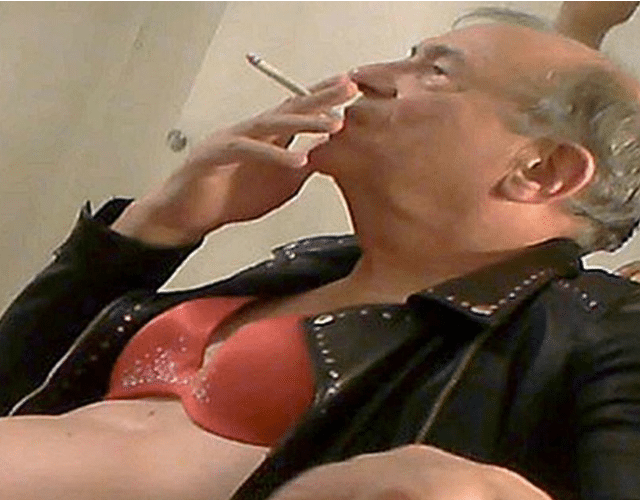 Speaking exclusively to FUBAR Radio’s Tom Latchem‘s show, Lord Mike German revealed just how appalled he was at the recent allegations of a drug fuelled sex romp involving former member of the House of Lord’s, Lord Sewel. “I’m very disgusted with what he did because it draws the rest of us into disrepute. I think that a quick reaction from him would have been much more helpful, if he’d said hands up I got caught, I think it’s right I should leave. Especially as he is the person in charge of putting through all the new standards and recommendations.” 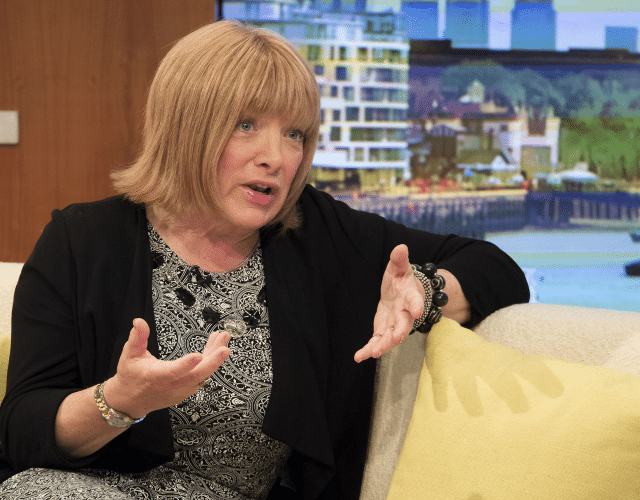 Speaking exclusively to FUBAR Radio’s Tom Latchem‘s show, Kellie Maloney revealed she is feeling better than ever after a recent trip to visit her Doctor. “He told me that my hormone levels is that of a 30 year old woman, so now I know why I like going out and clubbing it. That’s why I still think I’m quite wild. He said we could take you off the hormones for while and you would go through what a woman of your age would have been going through, like the menopause. I said does it matter if I stay on them? No you can stay on them and we will monitor your blood in six months time and they go through everything that could happen to you. Medicals are coming up all good, because I do go to the gym everyday.” 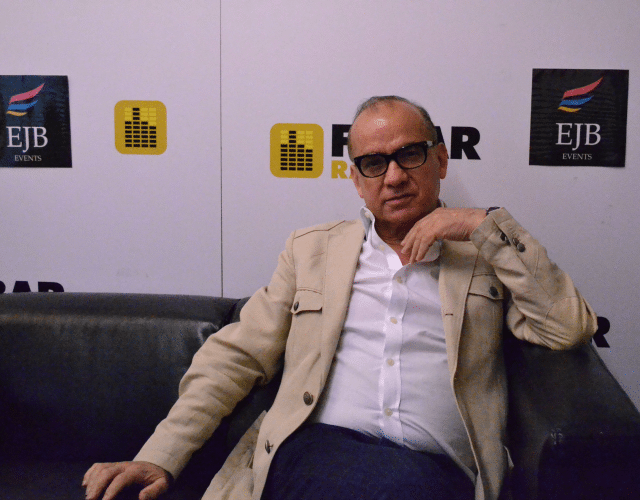 Speaking exclusively to FUBAR Radio’s ‘Hot Gossip’ with Mark Dolan and Lizzie Cundy, new Dragon, Touker Suleyman revealed success had not always been plain sailing for the entrepreneur. “I made my first fortune at 21 and lost it. I got into manufacturing, we subcontracted and I was supplying dresses to C&A in those days. We had one dress that just flew out and made a lot of money, then it was like all these things, you think you can walk on water and then I got sucked into investing in public companies. At a very young age I was chairman of two public companies, however one of them, the figures were all fraudulent and that bought me down.” 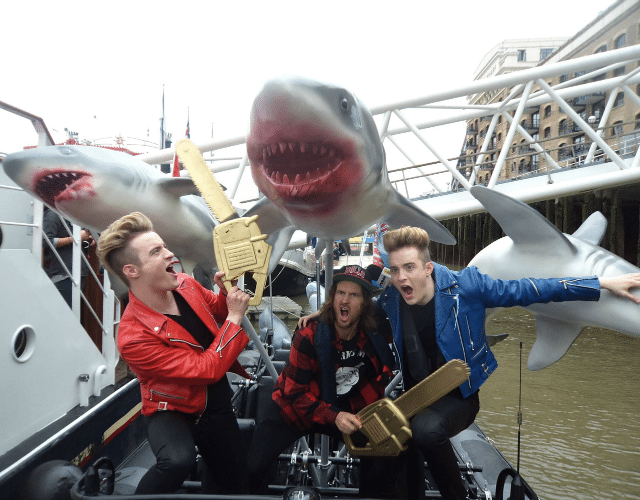 Speaking exclusively to FUBAR Radio’s ‘Sarah, Huw and Doc Too’ show, Jedward chatted to Huw Joseph about their role in Sharknado 3. The crazy, action packed film follows the extremely unlikely scenario of a freak weather system bringing absolute chaos to America. As well as the Irish twins, the cult hit features a wide variety of stars including David Hasselhoff, Ne-Yo and WWE wrestler Chris Jericho. Normally known for their energetic performances on stage, the twins had to adjust to starring in-front of a much smaller of audience of just cast and crew. 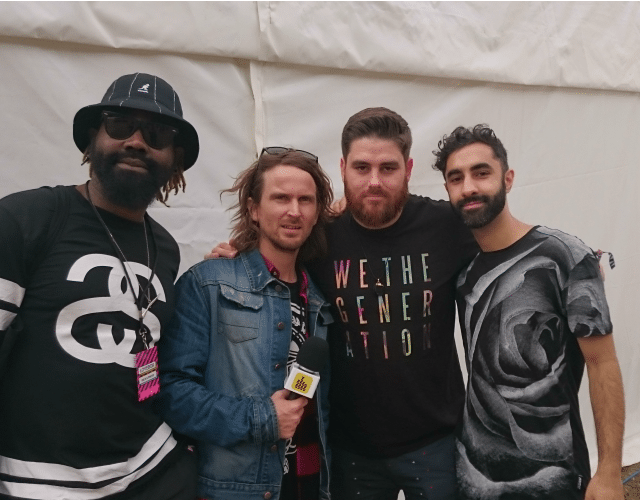 Speaking exclusively to FUBAR Radio’s ‘The Friday Social’ show, Rudimental chatted to Huw Joseph and Mikill Pane at last weekend’s Lovebox festival. The band talked about their huge rise to success, the progress of their new album and just how excited they were to play a gig which was just around the corner for them. 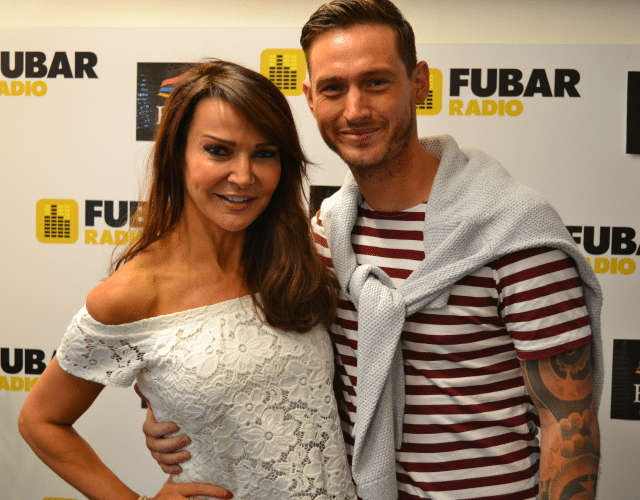 Speaking exclusively on FUBAR Radio’s ‘Hot Gossip’ with Mark Dolan and Lizzie Cundy, Big Brother finalist, Danny Wisker alleged that recent reports of vile tweets had actually not been sent by him at all. “Personally I feel like I have done nothing wrong, people do bring up your history. I know things have come out in the press about some tweets, a lot of them aren’t true. Some of them have been made up on a website where you can create tweets and the papers use that. The show used that, but they had to re-edit because it came out that they were actually fake.”