Watch the FULL four hours of The Big FUBAR Thank You NOW! 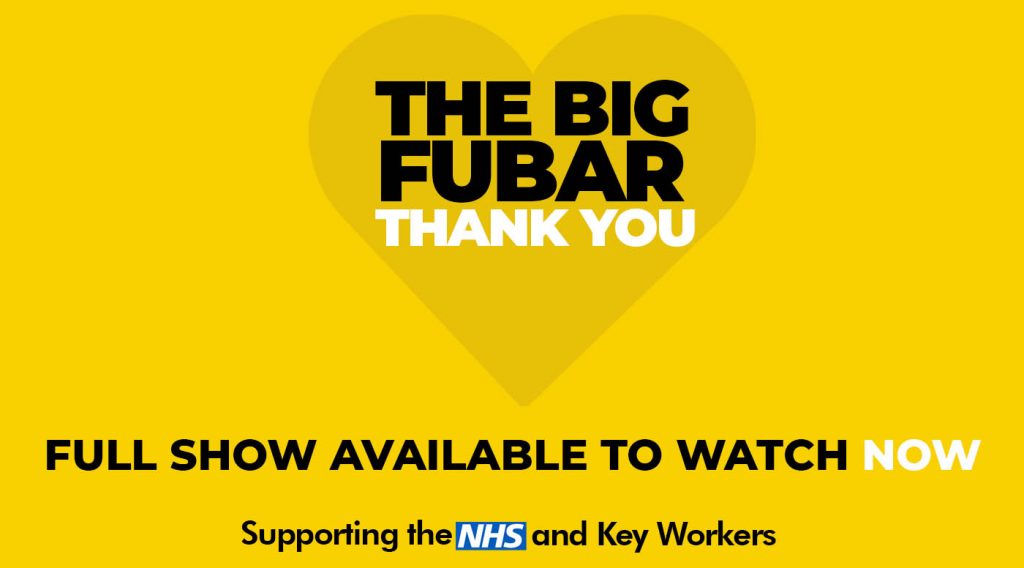 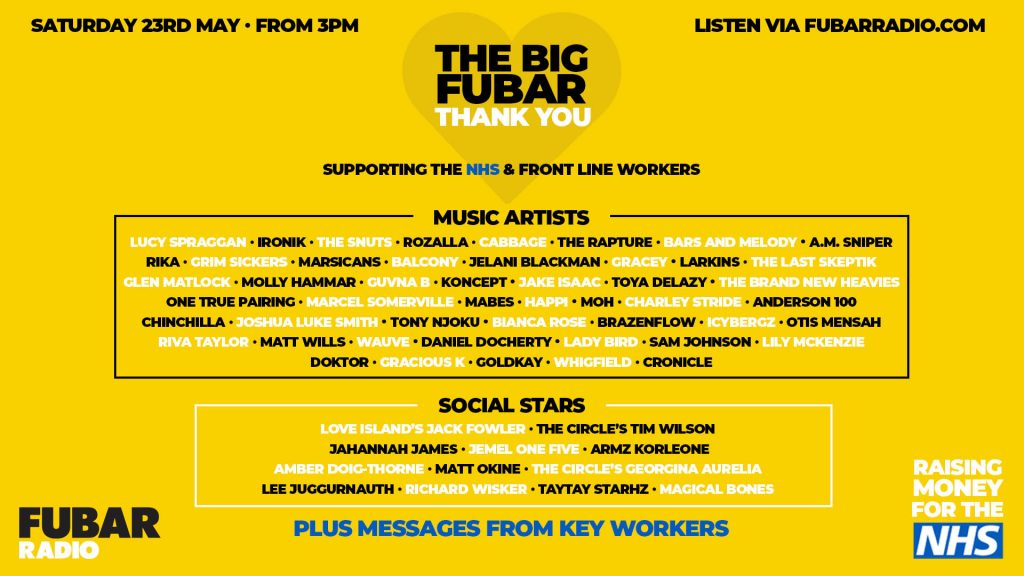 FUBAR Radio is proud to be producing a very special show in support of NHS and key workers. Marking two months since lockdown began, we have a fantastic line up of artists and social stars including Lucy Spraggan, Ironik, Jelani Blackman, Love Island’s Jack Fowler, Jahannah James, Glen Matlock, Armz Korleone, Jemel One Five, The Circle’s Tim Wilson and many more! Plus there will be messages from our key workers. 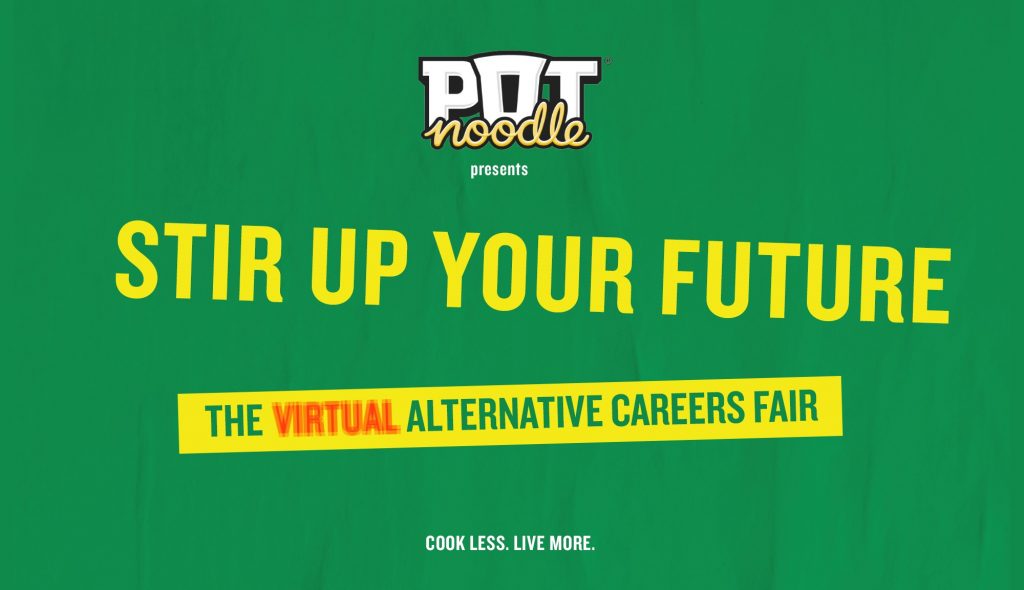 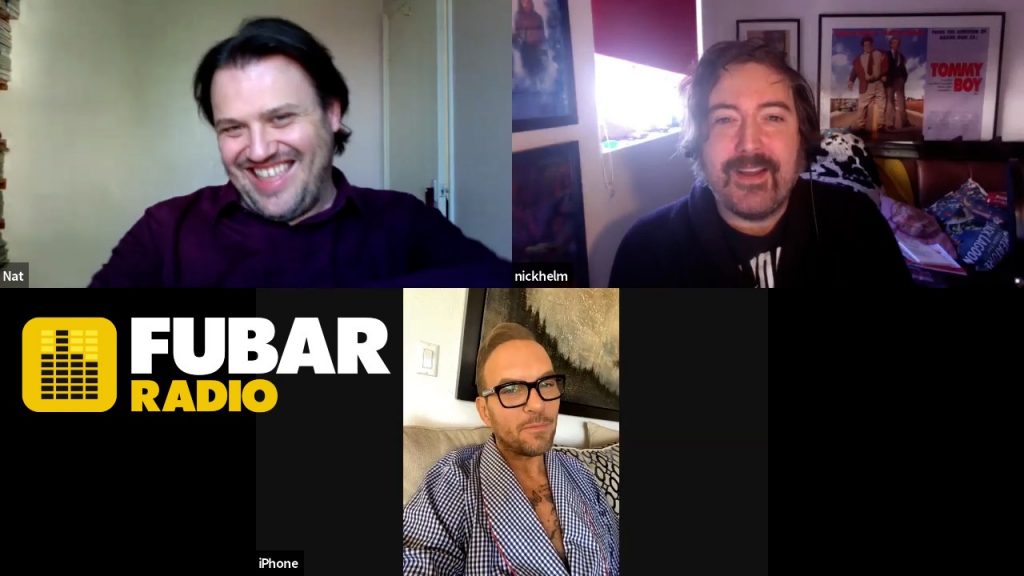 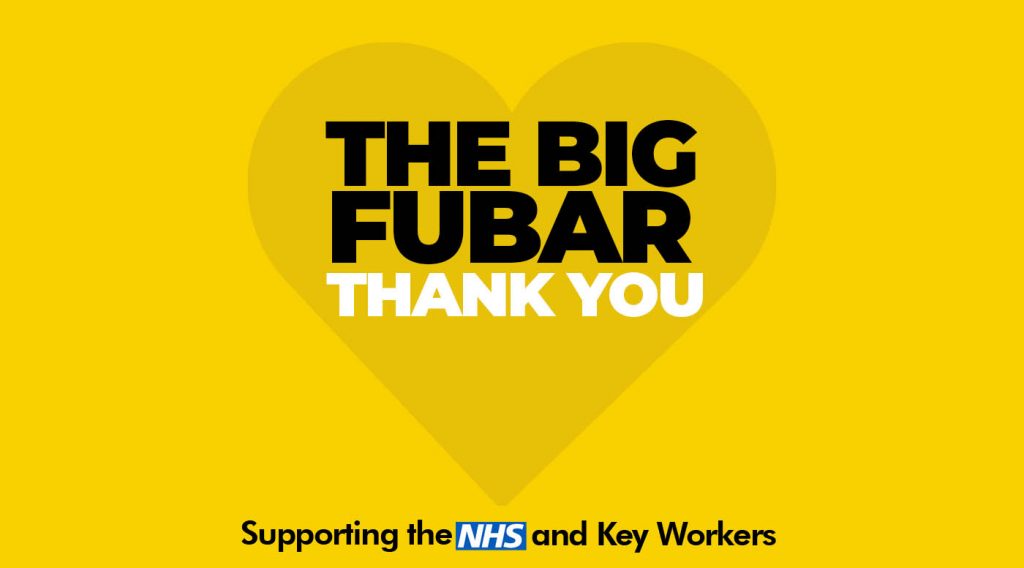 FUBAR Radio is producing a special programme in honour of front line workers. Coinciding with the two month anniversary of lockdown, the show will include messages of thanks from social media stars, music performances and feature personal stories from key workers about life during Coronavirus. 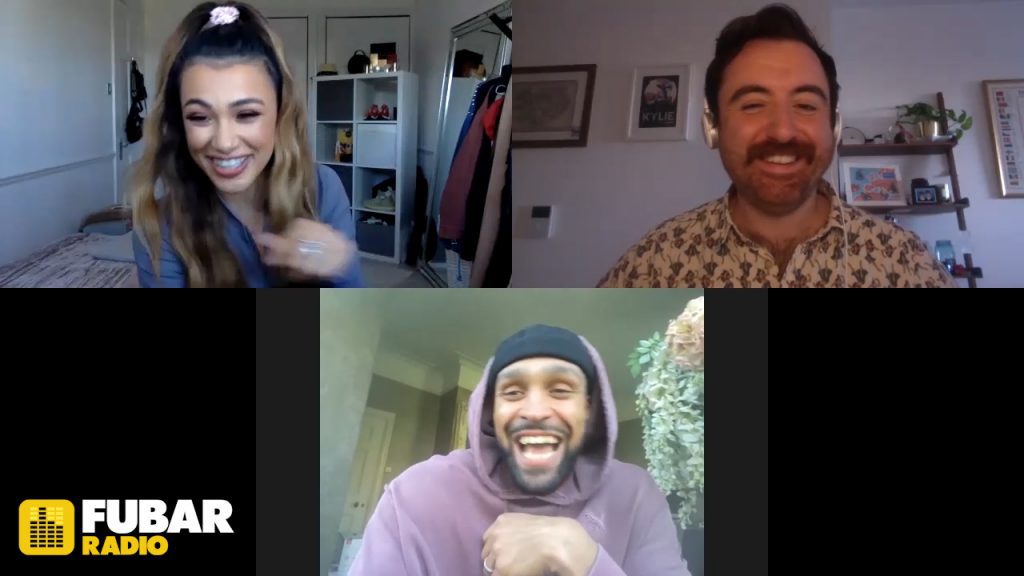 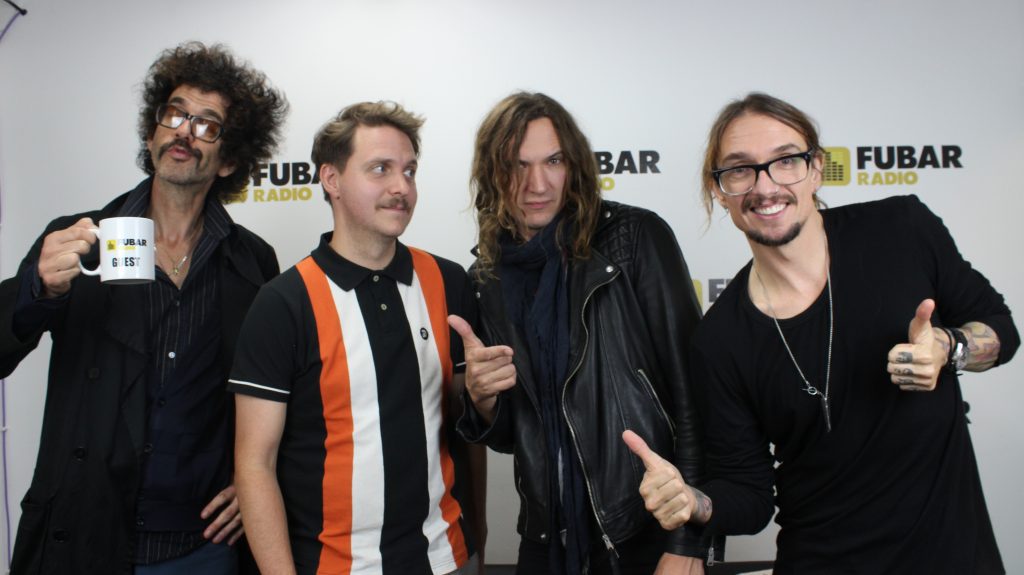 Yesterday on Joey Page’s show, British rock band The Darkness popped by to talk about their new album ‘Easter Is Cancelled’. Talking of the album, bassist Frankie Poullain said: “It starts off with ‘Rock and Roll Deserves to Die’ and it ends up with ‘We’re the Guitar Men’, celebrating our relationship with guitars. 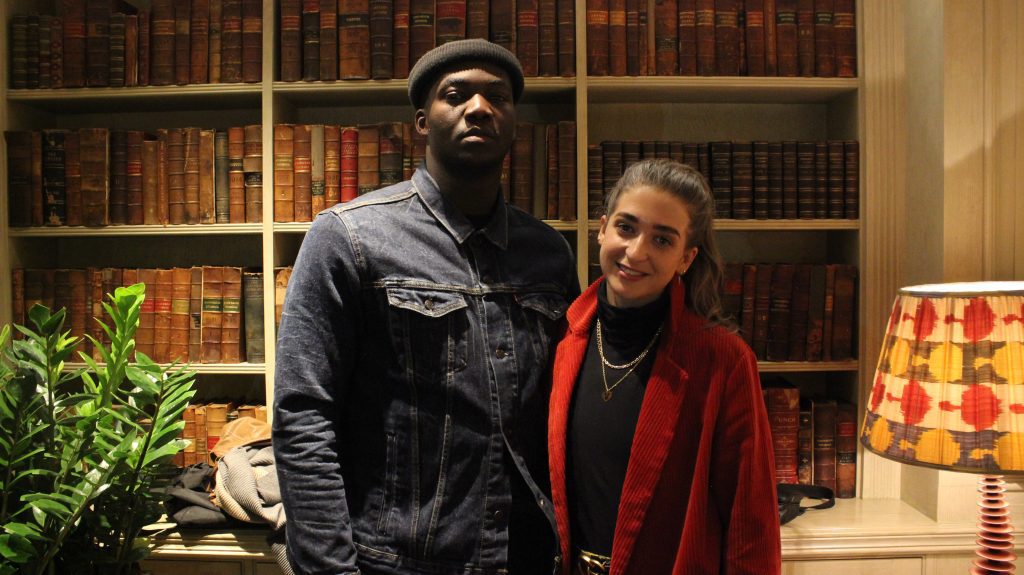 Harriet sat down with the thoughtful singer to discuss his new album Village that will be out November 2nd and is available for pre-order now! 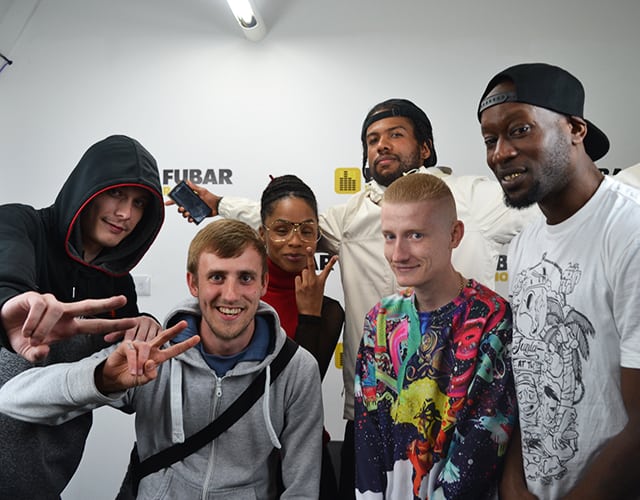 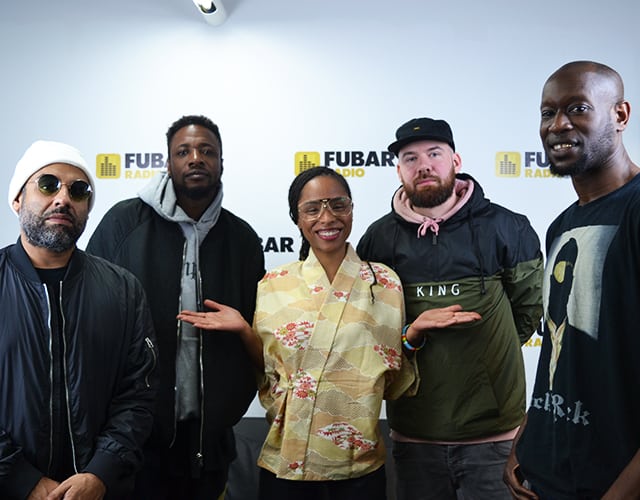 Foreign Beggars gave us a killer performance of the ‘The Missing’ from their latest album 22 Karma & we’re still buzzing from it.

Take one listen and you’ll be playing their album on repeat. 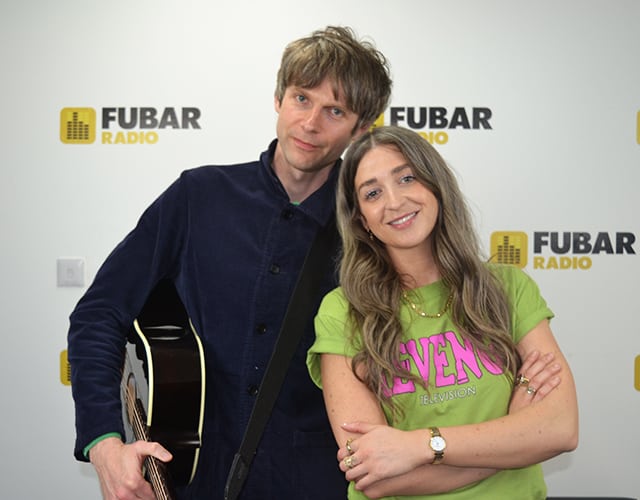 Drummer, songwriter and former Kaiser Chief member, Nick J.D. Hodgson, brings his trusty guitar to the FUBAR studio to delight us all with music from his debut solo album Tell Your Friends.

Harriet Rose was treated to a wonderful in-studio performance of ‘Tomorrow I Love You’, and we loved it! 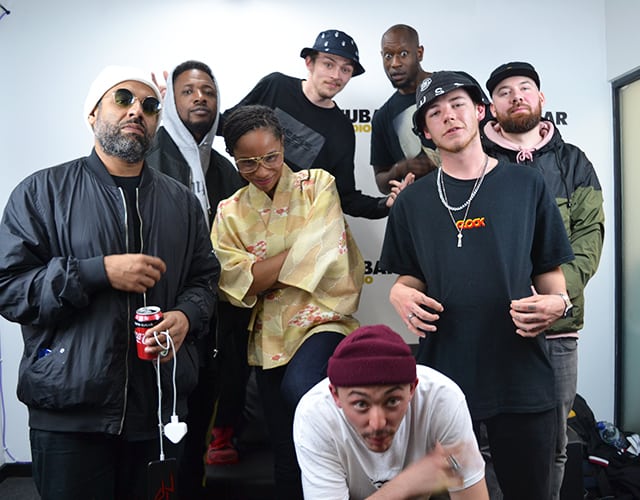 The Hip Hop Show does it again. Bringing you the illest MCs from around the UK.

Foreign Beggars’ Illaman set the studio on fire with some of the realest bars you’ve heard in a while. Alongside Blaze the Mic Smoker, Lloyd Luther, Pupils of the Clock & Stanza Divan he delivers metaphors like a poet. 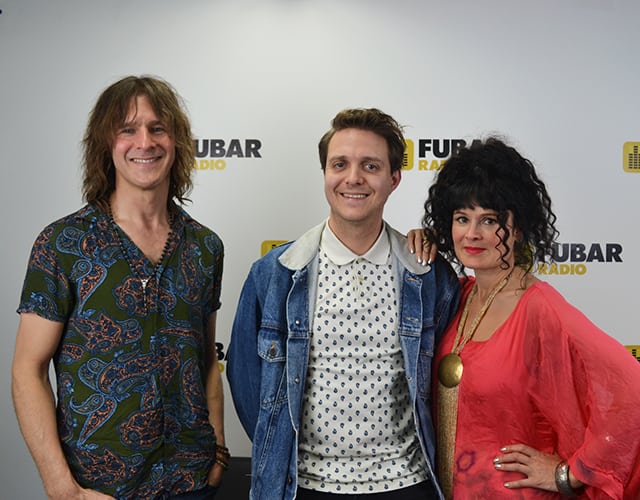 FUBAR’s Joey Page is unimpressed with the current state of the term “indie”, believing it draws the wrong image in your head of the “cool, interesting music” that we want to share.

But Goldray think they might’ve invented a term that they think better describes one of the songs on new their album.

What is Pharrell Williams’ skin like? Harriet Rose finds out from SG Lewis 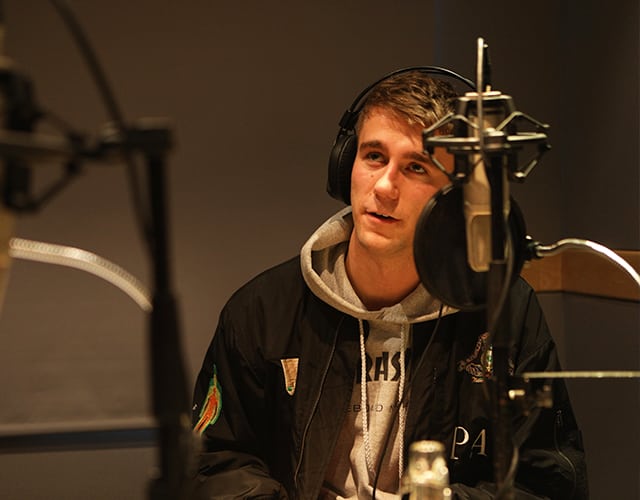 Producer, songwriter and DJ, SG Lewis, tells us more about meeting the one and only Pharrell Williams when he was invited to the recording of his radio show in Los Angeles.

The young artist from Reading talks about the huge presence Pharrell has in a room, going as far as calling him “an ageless being” and feeling like, “when he speaks to you it’s like no one else is in the room.”

As official partners of this year’s Standon Calling festival we are beyond excited that British pop giants Paloma Faith and George Ezra have just been announced as headliners, joining Brian Ferry!

Paloma Faith is set to kick off the weekend with her biggest anthems and unforgettable individuality that will be a must-see for the weekend, whilst George Ezra will be making the weekend his Hertfordshire homecoming on a year that is set to see him soar to new heights with the upcoming release of his sophomore album, Staying At Tamara’s.

Not only does the festival have these massive headliners but there are so many more of your favourites lined up across the weekend including, Goldfrapp, The Horrors, Django Django, Maribou State, Little Simz, Tokio Myers, Marmozets, The Amazons, Pale Waves, Shame, Ibibio Sound Machine and many more! PLUS, there is plenty for the family with Horrible Histories Live and Cbeebies favourite Andy & The Odd Socks. 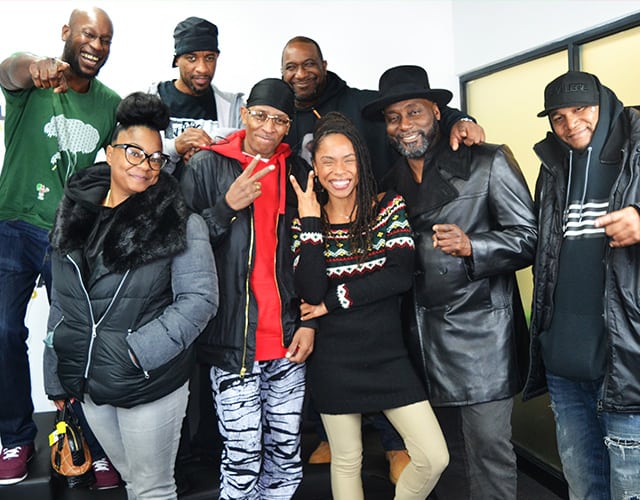 Masta Ace talks about how technology is stopping people from learning the craft of Hip Hop. 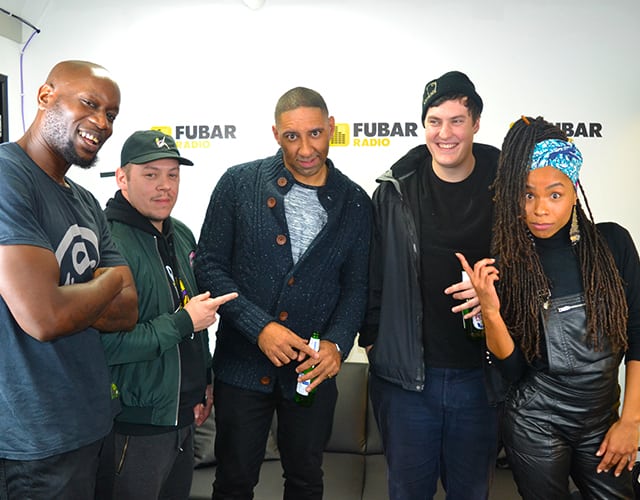 Shout out to Tojiba Wilson for the beat! 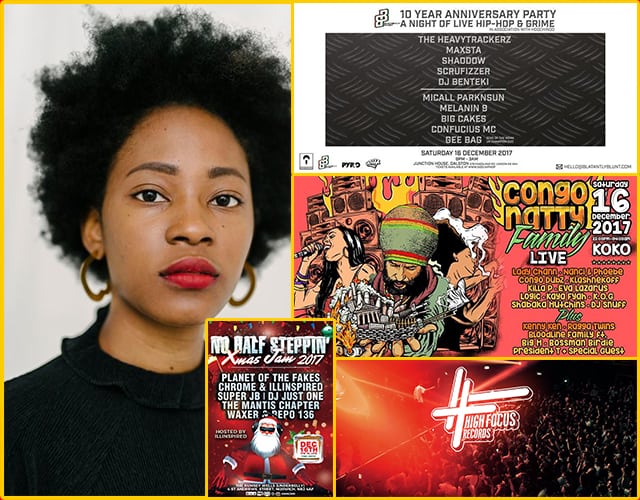 Brrr… warm up during the big chill with DJ Sarah Love and MysDiggi’s pick of the hottest hip hop gigs in town this week!

Party Time! Hip Hop Gigs To Be At 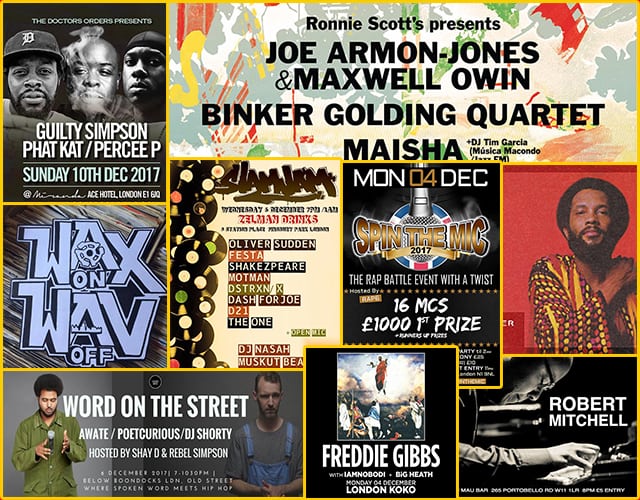 If you’re going to brave the cold weather for anything make it these parties & gigs that DJ Sarah Love & MysDiggi have picked out especially for you! 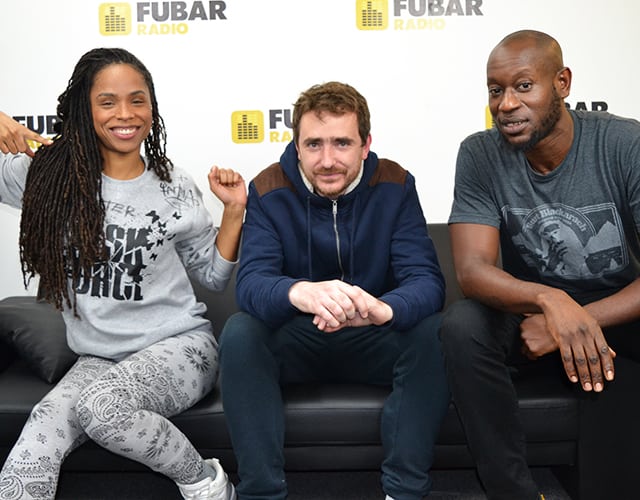 Chester P Task Force talks pioneering and being a leaf on the Hip Hop tree this week on The Hip Hop Show with MysDiggi & DJ Sarah Love.